Politiezone Antwerpen is constantly seeking new talents. Therefore, a few years ago, the zone launched a recruitment campaign, “ANDERS,” which focused mainly on all the equipment and resources they had at its disposal and with which it distinguished itself from other police forces.

Since Politiezone Antwerpen also wanted to show that they innovate and invest in people, they wanted a renewed campaign, ANDERS 2.0. We decided to put 5 services in the spotlight, namely: ‘wijkwerking’, ‘orida’, ‘interventie’, ‘mobiele eenheid’ and ‘burgerprofielen’.

We made visually powerful campaign images by combining the wanted profiles with images of Antwerp itself. In video, we brought several realistic scenarios to life in the silhouette of a police profile.

The campaign material was prominently placed in the streets using, among others, OOH, but also two metros were completely covered with campaign images. They drove through Antwerp for a whole month. 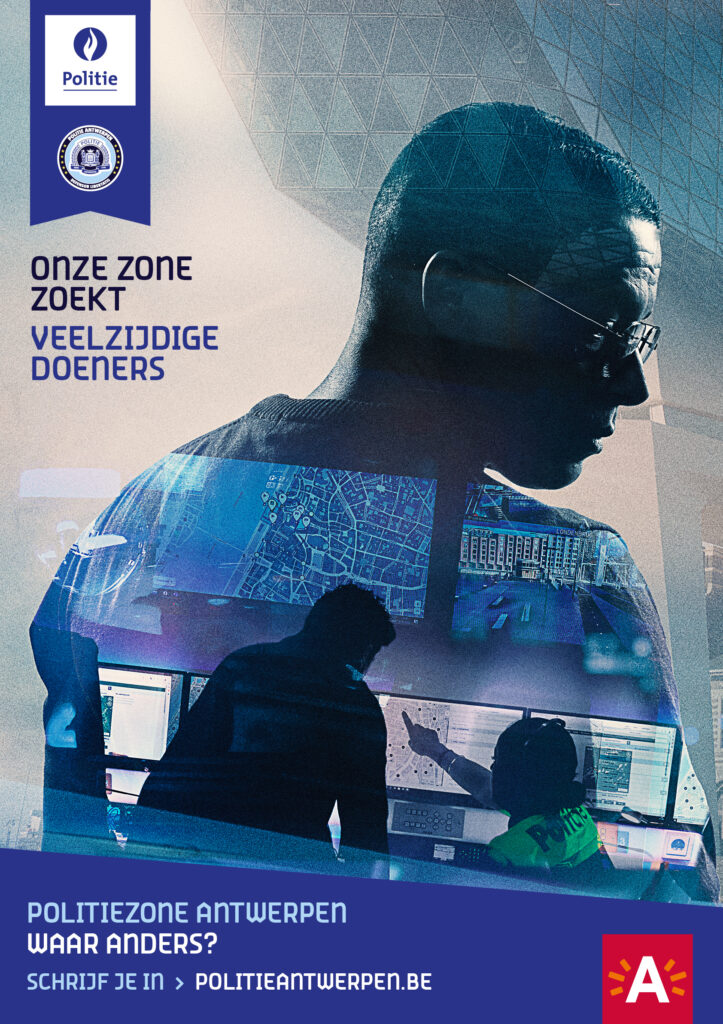 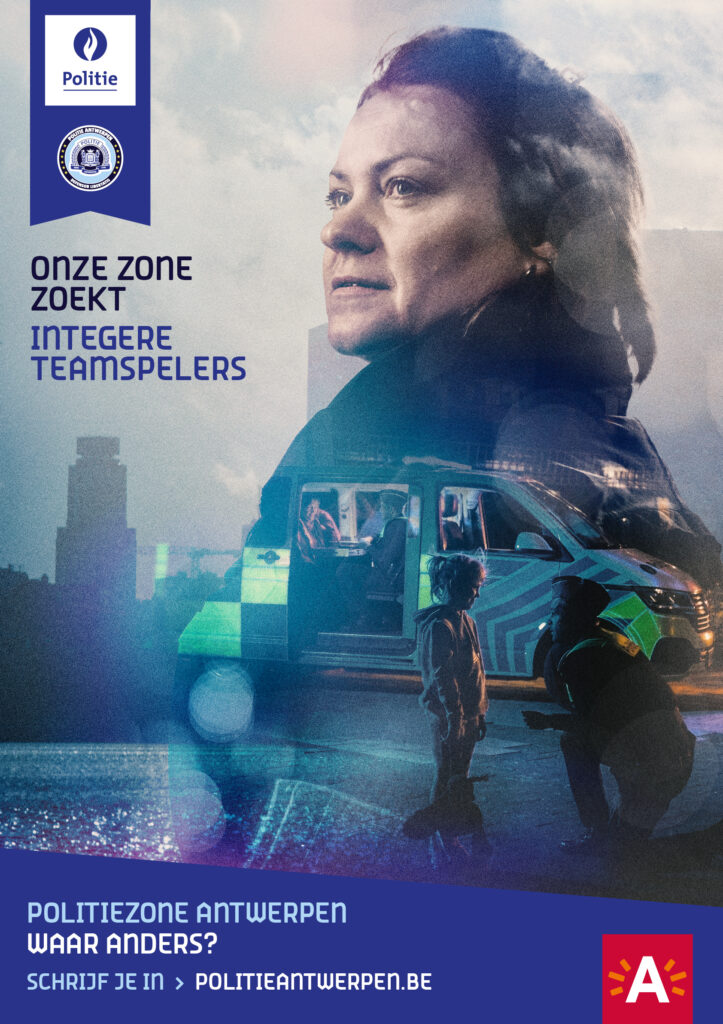 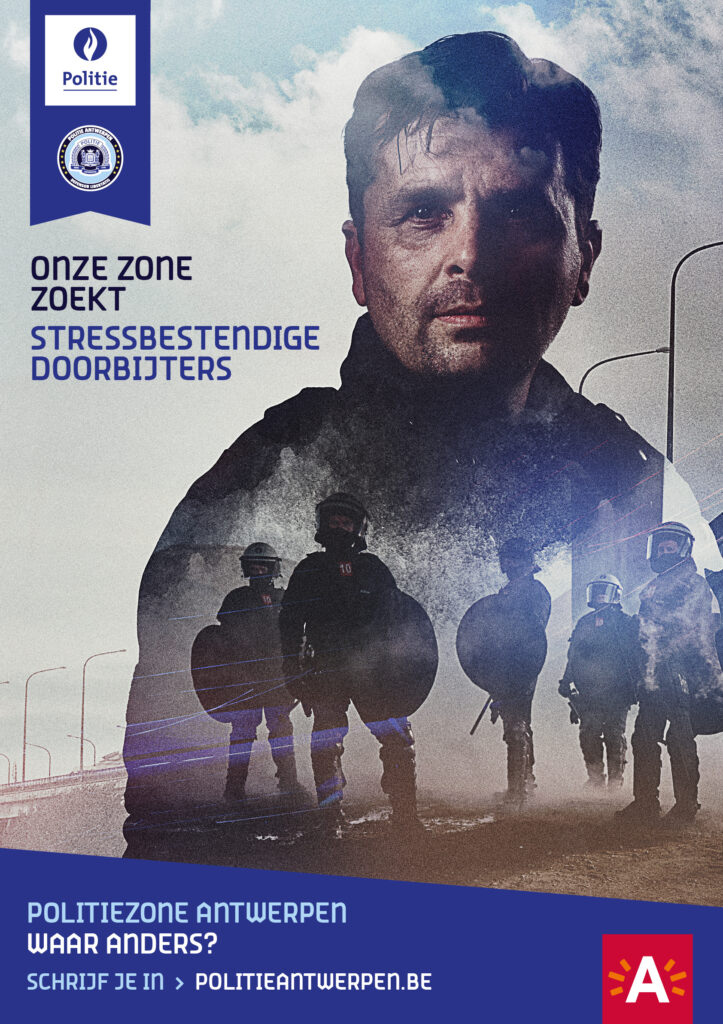 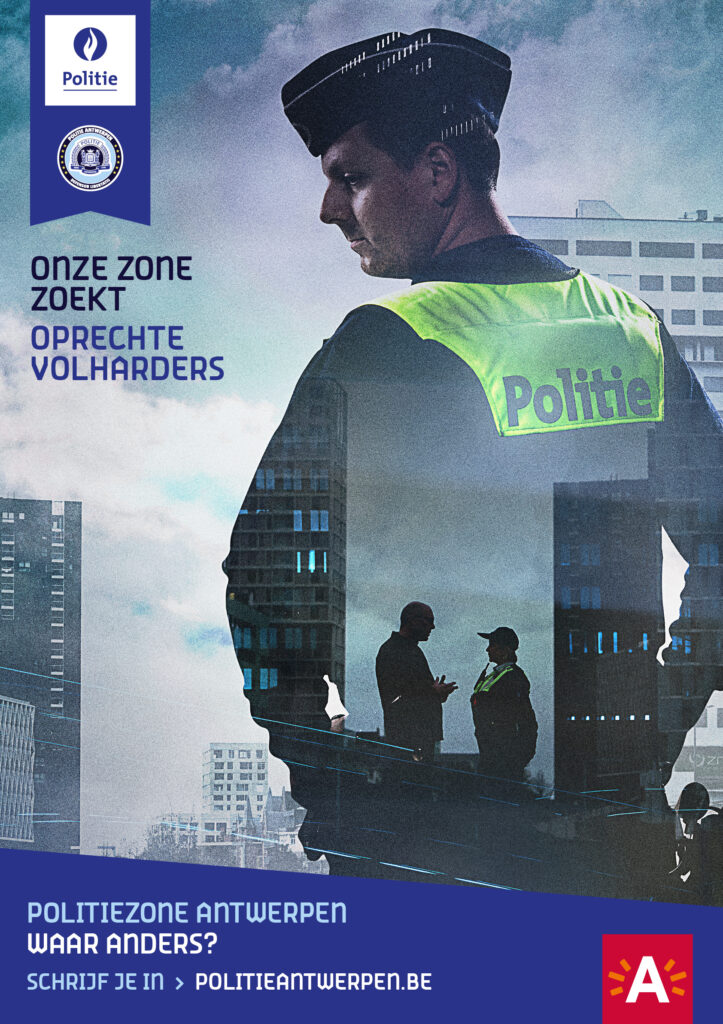 Want to do things "ANDERS"?

Decide which cookies you want to allow. You can change these settings at any time. However, this can result in some functions no longer being available. For information on deleting the cookies, please consult your browser’s help function. Learn more about the cookies we use.

With the slider, you can enable or disable different types of cookies: